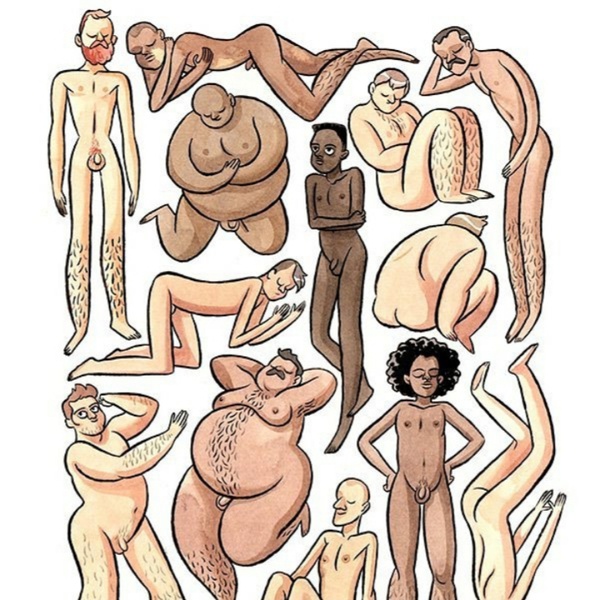 How many of us literally, can say this

every time they stand in front or pass by the mirror?

Truth is, not most of us. And yet patriarchy has made it so normal for women to be put on a pedestal and be judged for what they “bring to the table” but in honest fact, the judges themselves (men) turns out they not so comfortable in their bodies as they would like to portray it. And in as much as some also try new means to alter their image to look like the coolest guy on the block they are also confronted by challenges.

You are more likely to see this at gym, Guys stop at nothing, comparing themselves to the next “better looking” guy. Oh, your biceps are so huge man, damn! Look at that back, you’ll hear them say. And this is pretty cool and considered as a compliment to those addressed to, and mostly they should receive it well. They’ve worked so hard to achieve that level. But then let us turn the tables a bit, there’s a newcomer and they are clueless of what they are doing at the gym and they trying so hard to even look half as the average guy but every time they try to get knowledge or even assistance they are deemed as not serious or a waste of time. They are already grouped as quitters and they shouldn’t be given much attention in fact, they need to move away from big boys and go play somewhere else.

Now if you’ve never been to the gym before you won't understand all this, there’s a language that is being used to either intimidate or get rid of the less fit group. “How many sets are you left with” or “ how long are you going to be there for” basically this is saying finish up I need to use that, or worse they say “can I join you?” and then a person go along and add all the weights they can find so that you fail and go. Bullying 101, this might not fall under body shaming, but trust me it leaves a lot of guys shaking in their boots and questioning if they even belong there. And every time this newcomer is surrounded by big guys, anxiety kicks in and it hits red on a scale.

The fact is we all go to the gym for different reasons some go there to lose weight, others to tone and maintain and mostly just to gain and build muscles. To assume our journeys are the same will be shallow and unjust.

Steve; I decided to join gym because my girlfriend use to complain that I am unfit, stomach and soft butt. It is not that I was unaware of this but I always told myself if I can still get a girl that means I am fine. But I was uncomfortable when it came to undressing, especially with lights on. When we started dating I use to be anxious, couldn’t even focus cause her eyes made me uneasy and she use to touch and grabbed my butt. But since I’ve joined the gym I now feel better, still trying to adjust to change” so I asked if he ever wants to lift weights and build bigger arms. He clearly said no. his reply: You guys you don’t play fair there, I tried but I felt out of place. So classes are much better for me, less pressure.

There’s a lot of guys who suffer from body image. And no amount of gym will help you but you. I know it takes a lot but think of the very same women that are being body-shamed every day, “your hips are too big, thunder thighs, that butt is too jingly” yet they have to trust and fall in love with men that have said harsh and cruel things to her. If guys also suffer from body image then why are they throwing stones when we also live in glass houses? Are we hoping that those stones will hide our insecurities or boost our ego cause we’ve managed to cast a shadow over someone else? Whether you want to gain or lose weight be gentle with yourself.

Mandla; Has been skinny ever since he could remember but this he has still not come to terms with who he is, and the more he grows the more he got more anxious to gain more weight. He comes to asking for advice on how to get at least 5kgs. As he feels that will make him feel a lot better. His biggest worry is the fact that he also looks like a small boy. You’ll think at 29 his quite okay with this but it turns out he's not, he says “ but girls always go for the tough guys” as he punches me on the shoulder.

Now there’s a lot of issues that other men won’t disclose. Even though society tends to overlook them because of its men, black culture believes a men must have a big tummy to show his well off or his a real man. Binge eating is a disorder linked closely to mental health as other people can’t control themselves then they tend to gain weight in a short period. Once the weight is accumulated some tend not to be happy with the results in the long term which can lead to minor depression as most clothes don’t fit them and image-wise they are not so pleased with how they are perceived. In some cases, some are not even aware as they believe they look normal.

Then there’s a rainbow nation, here your image gets you in the right circles and if you not up to par you already out. People tend to gravitate towards opulence. Now can you imagine being told “ you are too ugly to be gay” yep! There’s a certain threshold or scale used for qualifying some and others not so much luck or in this case not so much gay genes. Here I was thinking being gay is something one is born with and not acquired based on one's looks. Seems a lot going on under the rainbow, I had a wonderful opportunity to meet Siya and we had a very interesting discussion.

According to Siya, he has labeled himself as a bottom, which is just a sexual preference not a body image crisis. But it seems they are kinda linked, he is in his early 30’s and he says he has had a fair share of body scrutiny from his fellow gay men. In his late teen, he gained weight, even back then he knew he was gay there was no secret about it. And when he finally got a chance to interact sexually, he was told how “he can’t be top when his this fat and fem”. He further says he didn’t mind, he was just happy that there was someone who can now do things with him, things he could only imagine. Finally, he felt like his sexuality was not just a fantasy, something he uses to toy around in his head but it was real. In turn, this became a norm, for him being bottom. It got to the point that later even if he wanted to try something different, like explore a new role say being top or verse, he kept getting all these funny comments about his body image. How it is now being used a decider for him to either this nor that, he further adds, “tall bottoms are frowned upon and chubby tops unless you are well off or well-hung”.

It turns out there’s a lot of pressure in the gay community, it is not about being accepted but you must also have a nice body that comes with a six-pack. This is something you can easily notice across most social media platforms. It is like a sign of approval, more likes, more hearts, etc. Even men magazine they perpetuate this phenomenon, a cover guys must be naked and have nice pecks and abs, this drive sales and on social media its what gets you traffic. But what does it do to the other guys? The normal guy who has never been to the gym, being constantly flooded with this “perfect image” psychological it plays tricks with someone’s confidence. I mean at some point you start to compare yourself to what is in front of you or what is considered “attractive” And if you don’t match up you already on a low. And then one try and post a plus-size guy the response is not so much the same. They even get attacked or made fun of, so the constant pressure to get that “summer body” and most have now resorted to taking steroids to get there faster and have that bagging body all year out. And the so-called fit-preneurs aka Herbalife gang they not making it so easy, so many number of years at the gym, mostly on steroids and still claim “it's all-natural” obviously to someone whose desperate and have little knowledge this seems like a way to go but again it's business they have to constantly push the envelope and making so many promises with less results. But even this is not with its dangers. Steroids can cause serious mood swings and other side effects.

‘It's a cruel world’ they say, but my advice is simple. If you struggling with a bad body image or you not happy with the way you look, change it. And if you are still working on it, be patient. Hang in there and be kind to yourself while you are on this journey. The brain takes time for it to adjust, and I am not saying you’ll love your body more while you there. But so long as you know its not your final destination and you have a goal. It's good to set goals, be realist, set small and attainable goals and be truthful to yourself. Don’t compare yourself to other people, your journey is as unique as your body is.

Back to all news

Sign up and you will be the first to know the latest news, insider-only info, and more.